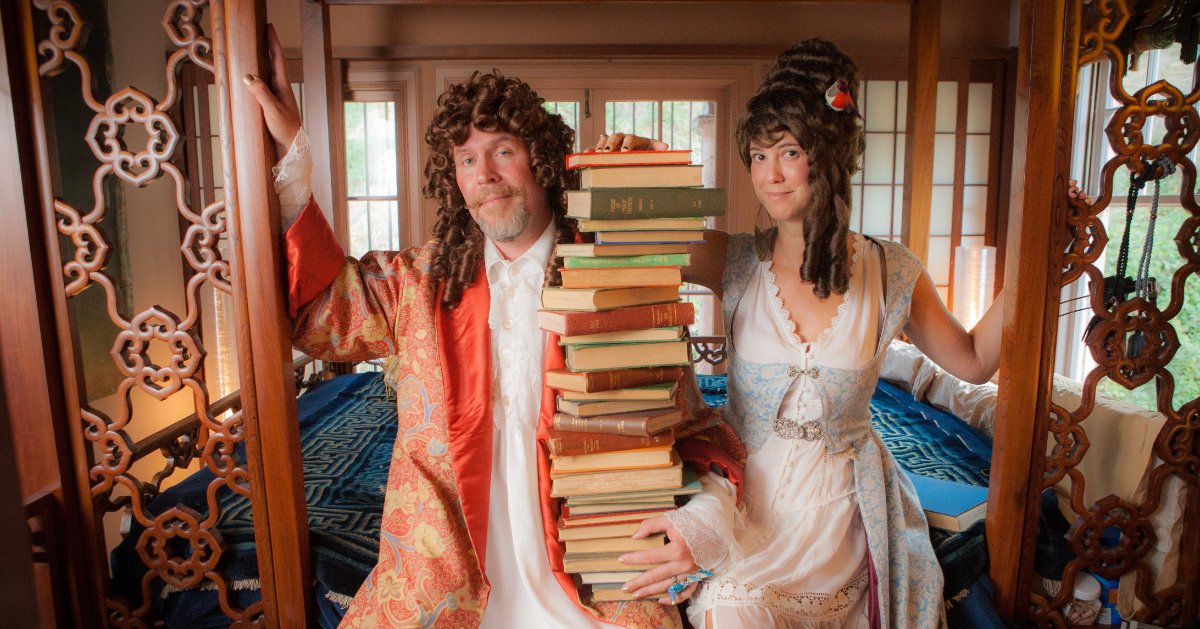 Lie down and float away into immersive tales of enchanting whimsy, curiosity and adoration guided by Lady and Lord Dosis.

In 2017 performance artists and poets Robert Wyald and Jodie Kleeman wrote and debuted the live, immersive theatrical experience, Poetry Nap, a restful escape into entrancing stories woven together with curated poetry and music. Poetry Nap emerged from their love for celebratory, sensorial poetry and to give people a chance to take a break from—all of it.

Delighting audiences around the globe, Jodie and Robert channel the whimsical and sincere Lady and Lord Dosis who invite listeners to lie down, relax, and close their eyes while beautiful, surreal imagery transports them into fanciful hypnagogia. Dreams become reality and magic awaits.

In 2020, to invite even more passengers into the experience, the Poetry Nap Podcast unfurled.

Lady & Lord Dosis beckon you to step aboard for our many journeys on the Dandy Duchess. Each Poetry Nap is a stand alone, self-contained voyage; no need to experience the adventures in any particular order to absolutely enjoy yourself. 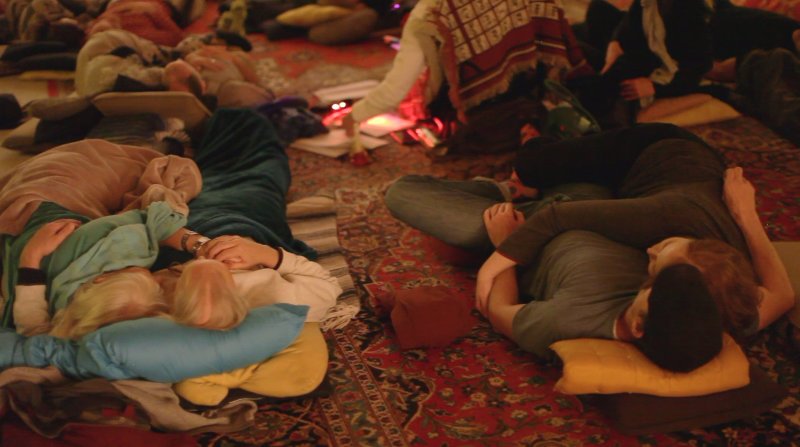 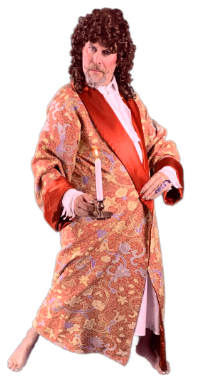 Lord Dosis enjoys long walks on the Sandman’s beaches. He doesn’t use the pronoun he describing himself as much as we, as we are a consort and compendium of multicellular, cosmic organisms dancing and whirling in concert to past, present, and future #1 pop hit tunes played backwards to get their true meaning. We adore Lady Dosis. And we indeed feel lucky to venture on the Dandy Duchess, our gigantic hot air balloon bed, with a glorious menagerie of passengers while visiting all sorts of magnificent poets in the nooks and crannies of every world here and there. Robert Wyald channels Lord Dosis, and is the co-writer, director, producer and sound designer for Poetry Nap. His love for poetry was engendered by Karen Randall in high school many, many, many moons ago. That’s a lot of moons. More than Jupiter can boast. For example, to study the Transcendentalists was transcendent, transformative and transporting.

Robert has coached, directed, and performed in improvisational theater since the turn of the century beginning with BATS Improv and Leela, and considers the values and skills of improvisation an amazing foundation for all things creative.

Speaking of which, please enter into the WYALD, his artist portfolio, which includes the Knights of Revery, Shamanik Improv Klasses, la decadansé, and Earth for President.

A whole lotta gratitude goes out to his friends, family, teachers, all relations, and the grace of good luck. He’s not sure if talking in the third person is royal, strange, or impersonal, so as a shift… I look forward to meeting you. So excited to explore together on our creative, curious journey. Don’t forget, this is always going on. 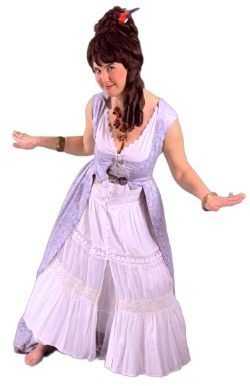 Lady Dosis is a time voyager of the dream world. She has been in the dreams of your present and past life, and will continue to be in the dreams of your reincarnated self, if you believe in that sort of thing. She does. Lady Dosis is your déjà vu—every single time. Her favorite past times are riding to mystical destinations on the Dandy Duchess, eating banana cream pie with Uncle Walt Whitman, and writing surreal poetry in a canoe on an iridescent river with her love, Lord Dosis. Jodie Kleeman (also known as Jójø Wildeflèür) channels Lady Dosis, and is the co-writer of Poetry Nap. Jodie has been participating in performance art since she was 8 years old. She started off on the big stage playing Bambi’s mother in the Disney smash hit Bambi.

The beauty of poetry has always caught Jójø’s eye, starting as a child with memorizing Shel Silverstein’s Where The Sidewalk Ends from cover to cover. The beat poets—especially Allen Ginsberg, Lawrence Ferlinghetti, and Jack Kerouac—brought her into the world of the political and surreal. Thereafter, the works of Walt Whitman, Leonard Cohen, Pablo Neruda, ee cummings, Michael McClure, Rainer Maria Rilke, Yoko Ono, and Joy Harjo opened her more to the seen and unseen worlds of poetry, life, and love.

Jójø doesn’t have lists of theater groups or schools to give her theatrical or literary credit; she is a self-taught, self-identified curious and hilarious woman. But of course, she gives credit and thanks to her greatest provocateur, Robert.

Jójø can be at times shy; and at times, loud. She loves the funny, queer, fabulous, grounded, real and surreal. If you come to her home she might dress you up in costume. You will love her for it. And don’t forget, this is still going on.

ABOUT THE POETS & MUSICIANS

Robert & Jodie curate the poetry and music that gets woven into a Poetry Nap.
Please check out each individual episode here to find out more.

“A brilliant confection that is one part guided daydream, one part radio play, & all parts clever whimsy.”

THE EAST BAY MONTHLY
“Genius, and a total delight.”

BRIONY GREENHILL
“Your chance for a needed break. Soak your Soul in delight.”

ASLI ORS
“Poetry Nap recharged my LOVE battery and now I have more to give!”

RACHAEL KNIGHT
“A magical storytelling journey of the senses, a luscious trip through a timeless tradition.”

MAYA CULBERTSON-LANE
“My childhood, my love for life and my desire for deep rest all thank you.”